Is Japan losing its umami?

Yasuo Yamamoto has a secret – or more precisely, 68 of them. On a recent morning on the Japanese island of Shodoshima, the fifth-generation soy sauce brewer slid open the door to his family’s wooden storehouse to reveal 68 massive cedar barrels caked in a fungus-filled crust. As he climbed up a creaky staircase into his dark, cobwebbed loft, every inch of the planked walkway, beams and ceiling was covered in centuries’ worth of black bacteria, causing the thick brown goo inside the barrels to bubble. The entire building was alive.

“This is what gives our soy sauce its unique taste,” Yamamoto said, pointing to a 150-year-old wooden barrel. “Today, less than 1% of soy sauce in Japan is still made this way.”

Until 70 years ago, all Japanese soy sauce was made this way, and it tasted completely different to what the world knows today. But despite a government ordinance to modernise production after World War Two, a few traditional brewers continue to make soy sauce the old-fashioned way, and Yamamoto is the most important of them all. Not only has he made it his mission to show the world how real soy sauce is supposed to taste, but he’s leading a nationwide effort to preserve the secret ingredient in a 750-year-old recipe before it disappears. 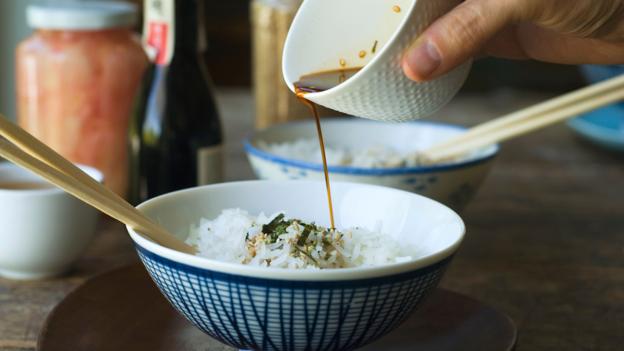 Soy sauce is one of the most important ingredients in Japanese cooking, but chances are you’ve never tasted the real thing.

A Portrait of Britain’s Pakistani community

Six enigmatic photographers who shatter the traditions of portraiture